There is no such thing as a homogenous private school system.” In reality, the private school world is defined by choice. There are many types of private and independent schools, and they come in many different configurations. Some schools educate children from kindergarten all the way to grade 12, while some start at grades six or eight. Others are high school only. It all depends on what you’re looking for in your child’s education. 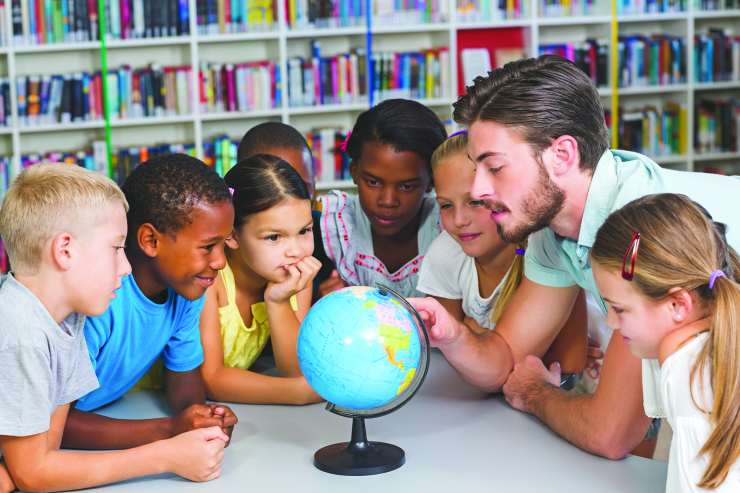 This is the traditional model of schooling: a school that students attend from morning until mid-afternoon, returning home afterward and staying home on the weekends. Parents largely take on helping kids develop good schoolwork habits, such as studying for upcoming tests and completing homework thoroughly, especially with younger students.

At a boarding school, students live at school during the week within the school year calendar. At some schools—and depending how far away students’ family homes are from school—they may live at school on weekends, too. Students go home for breaks, such as the Christmas–New Year break and spring break, and for the summer. Boarding school can start in middle school (grades six through eight) or in high school (grades nine through 12). Boarding school is highly structured, with set times for study after school and during examination periods, set “free times” during the week, as well as curfews. Supervision and support are provided by staff such as peer counsellors, residential dons and academic staff, including teachers. Boarding school students are deeply involved in academics and extracurricular activities. This is a highly personal choice for a child and his or her family. Some kids thrive at boarding school, while others are much better suited for day school.

In single-gender schools, the student body is all boys or all girls. Some believe that boys and girls experience less peer pressure, focus better on learning and operate differently in school without the distraction of the opposite sex. Some studies point to better grades and a higher rate of admission to four-year university programs. Single-gender schools may help break down gender stereotypes—leading to more girls taking maths and sciences, for example.

Often referred to as “co-ed,” this is a school in which the student body is made up of boys and girls attending classes together. It mirrors the real world, where boys and girls, men and women interact and work together all the time. Some believe that going to school together helps girls and boys benefit from the other gender’s learning style, promoting cooperation.

Depending where you live in the country, schools based on world religions can be found: Bahá’í Faith, Christian (specific denominations or non-denominational), Hindu, Islamic, Jewish and Sikh. Faith-based schools offer full academic curricula that adhere to or exceed required provincial standards, but also religious instruction. The faith’s general worldview is reflected in teaching and is part of the life of the school. Parents should learn about a school’s curriculum to ensure that, while it gives students a deeper knowledge of their faith, it also promotes respect for other faiths and worldviews—important for interacting in Canada’s diverse society.

Also known as a “prep school.” Prep schools focus on preparing students for university and getting them into the programs they want. Academic studies are intense, with courses more advanced than in a typical high school curriculum. Some courses offered later in high school are considered university-level and can be applied as university credits. Some schools offer international curricula, such as IB (International Baccalaureate) and/or Round Square. University preparation schools tend to have very high rates of university acceptance. While tuition is often expensive, facilities and resources are usually outstanding.

A student-centred, individualized educational approach. The method is named after its founder, Dr. Maria Montessori, in the early 1900s. Montessori became more popular in North America in the 1960s. It is based on Dr. Montessori’s observations of young children around the world. Classes comprise children of different ages. Students learn at their own pace and choose whether to work alone or in groups. Teachers observe the children and introduce new tasks and opportunities accordingly.

Waldorf education was founded by Rudolf Steiner, an Austrian scientist and philosopher. It is named after a German factory at which Steiner created a school for the workers’ children in 1919. Steiner insisted on a 12-year school available to all children of both genders, and in which teachers would have great control. Waldorf schools are independently run, but they must be accredited as embodying Waldorf principles and teaching practices. The philosophy emphasizes experiential learning for the whole child (heart, hands and head). Schools provide a calm, homelike setting.

An early childhood educational approach founded by Italian teacher Loris Malaguzzi in the city of Emilia Romagna after World War II. It is a complex approach that includes emphasizing independent thinking, cooperation, special layout of schools to encourage learning and discovery, and documenting children’s daily experiences. In this child-led approach, teachers guide students to develop their ideas and express their learning through a wide range of materials and experiences.